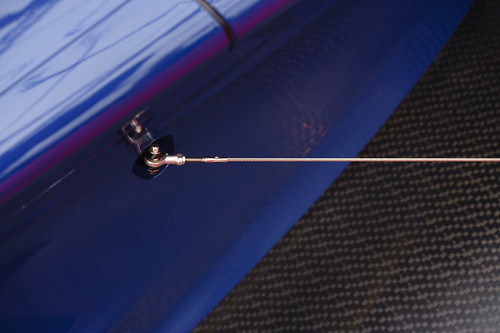 Born in Emilia-Romagna, and raised in Modena, Italy, Enzo Ferrari grew up with little formal education but a strong desire to race cars. During World War I he was a mule-skinner in the Italian Army. His grandfather, Alfredo, died in 1916 as a result of a widespread Italian flu outbreak. Enzo became sick himself and was consequently discharged from Italian service. Upon returning home he found that the family firm had collapsed. Having no other job prospects he sought unsuccessfully to find work at Fiat and eventually settled for a job at a smaller car company called CMN redesigning used truck bodies into small, passenger cars. He took up racing in 1919 on the CMN team, but had little initial success.

He left CMN in 1920 to work at Alfa Romeo and racing their cars in local races he had more success. In 1923, racing in Ravenna, he acquired the Prancing Horse badge which decorated the fuselage of Francesco Baracca’s (Italy’s leading ace of WWI) SPAD fighter, given from his mother, taken from the wreckage of the plane after his mysterious death. This icon would have to wait until 1932 to be plastered on a racing car. In 1924 he won the Coppa Acerbo at Pescara. His successes in local races encouraged Alfa to offer him a chance of much more prestigious competition and he was lauded by Mussolini. Ferrari turned this opportunity down and in something of a funk he did not race again until 1927 and even then his racing career was mostly over. He continued to work directly for Alfa Romeo until 1929 before starting Scuderia Ferrari as the racing team for Alfa.

Ferrari managed the development of the factory Alfa cars, and built up a team of over forty drivers, including Giuseppe Campari and Tazio Nuvolari. Ferrari himself continued racing until the birth of his first son in 1932 (Alfredo Ferrari, known as Dino, who died in 1956).

The support of Alfa Romeo lasted until 1933 when financial constraints made Alfa withdraw. Only at the intervention of Pirelli did Ferrari receive any cars at all. Despite the quality of the Scuderia drivers the company won few victories (1935 in Germany by Nuvolari was a notable exception). Auto Union and Mercedes dominated the era.

In 1937 Alfa took control of its racing efforts again, reducing Ferrari to Director of Sports under Alfa’s engineering director. Ferrari soon left, but a contract clause restricted him from racing or designing for four years.

He set up Auto-Avio Costruzioni, a company supplying parts to other racing teams. But in the Mille Miglia of 1940 the company manufactured two cars to compete, driven by Alberto Ascari and Lotario Rangoni. During World War II his firm was involved in war production and following bombing relocated from Modena to Maranello. It was not until after World War II that Ferrari sought to shed his fascist reputation and make cars bearing his name, founding today’s Ferrari S.p. A. in 1945.

The first open-wheeled race was in Turin in 1948 and the first victory came later in the year in Lago di Garda. Ferrari participated in the Formula 1 World Championship since its introduction in 1950 but the first victory was not until the British Grand Prix of 1951. The first championship came in 1952-53, when the Formula One season was raced with Formula Two cars. The company also sold production sports cars in order to finance the racing endeavours not only in Grand Prix but also in events such as the Mille Miglia and Le Mans. Indeed many of the firm’s greatest victories came at Le Mans (14 victories, including six in a row 1960-65) rather than in Grand Prix, certainly the company was more involved there than in Formula One during the 1950s and 1960s despite the successes of Juan-Manuel Fangio (1956), Mike Hawthorn (1958), Phil Hill (1961) and John Surtees (1964).

In the 1960s the problems of reduced demand and inadequate financing forced Ferrari to allow Fiat to take a stake in the company. Ford had tried to buy the firm in 1963 for US$18 million but had been rejected. The company became joint-stock and Fiat took a small share in 1965 and then in 1969 they increased their holding to 50% of the company. (In 1988 Fiat’s holding was increased to 90%).

Ferrari remained managing director until 1971. Despite stepping down he remained an influence over the firm until his death. The input of Fiat took some time to have effect. It was not until 1975 with Niki Lauda that the firm won any championships — the skill of the driver and the ability of the engine overcoming the deficiencies of the chassis and aerodynamics. But after those successes and the promise of Jody Scheckter title in 1979, the company’s Formula One championship hopes fell into the doldrums. 1982 opened with a strong car, the 126C2, world-class drivers, and promising results in the early races.

However, Gilles Villeneuve was killed in the 126C2 in May, and teammate Didier Pironi had his career cut short in a violent end over end flip on the misty backstraight at Hockenheim in August. Pironi was leading the driver’s championship at the time; he would lose the lead as he sat out the remaining races. The team would not see championship glory again during Ferrari’s lifetime.

Enzo Ferrari died in Modena in 1988 at the age of 90 at the beginning of the dominance of the McLaren Honda combination. The only race which McLaren did not win in 1988 was the Italian Grand Prix – this was held just weeks after Enzo’s death, and, fittingly, the result was a 1-2 finish for Ferrari, with Gerhard Berger leading home Michele Alboreto. After Enzo’s death, thee Scuderia Ferrari team has had further success, notably with Michael Schumacher from 1996-2005.

Made a Cavaliere del Lavoro in 1952, to add to his honours of Cavaliere and Commendatore in the 1920s, Enzo also received a number of honorary degrees, the Hammarskjöld Prize in 1962, the Columbus Prize in 1965, and the De Gasperi Award in 1987. In 1994, he was posthumously inducted into the International Motorsports Hall of Fame. Enzo famously used purple ink in his fountain pen, although the reason for this remains unclear.

After the death of his son, Alfredo “Dino” Ferrari, Enzo wore sunglasses just about every day to honor his son.