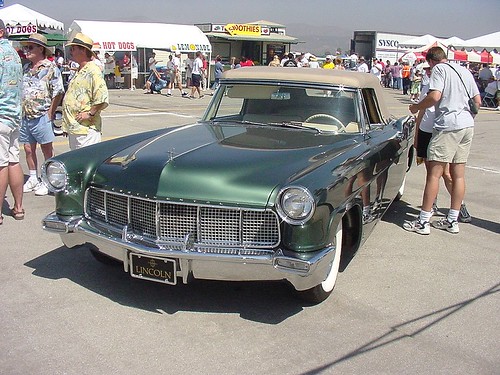 The Formula One series has its roots in the European Grand Prix motor racing of the 1920s and 1930s. However, the true history of Formula One began in 1946 with the Fédération Internationale de l’Automobile’s (FIA’s) standardisation of rules. A World Drivers’ Championship followed in 1950.

Although the world championship has always been the main focus of the category, non-championship Formula One races were held for many years. Due to the rising cost of competition, the last of these occurred in 1983.

National championships existed in South Africa and the UK in the 1960s and 1970s. After World War II, a new formula was initiated — originally called Formula A but soon to be known as Formula 1 — for cars of 1.5 litres supercharged and 4.5 litres unsupercharged. The minimum race distance was reduced from 311 miles to 186 miles, allowing the Monaco Grand Prix to be re-introduced after a two-year break in 1950.

The sport’s title, Formula One, indicates that it is intended to be the most advanced and most competitive of the many racing formulae.

The first Formula One World Championship was won by Italian Giuseppe Farina in his Alfa Romeo in 1950, barely defeating his Argentine teammate Juan Manuel Fangio. However, Fangio won the title in 1951, 1954, 1955, 1956 & 1957, his streak interrupted by two-time champion Alberto Ascari of Ferrari. Although Britain’s Stirling Moss was able to compete regularly, he was never able to win the World Championship, and is now widely considered to be the greatest driver never to have won the title. Fangio, however, is remembered for dominating Formula One’s first decade and has long been considered the “grand master” of Formula One.

The first major technological development, Cooper’s re-introduction of mid-engined cars (following Ferdinand Porsche‘s pioneering Auto Unions of the 1930s), which evolved from the company’s successful Formula 3 designs, occurred in the 1950s. Jack Brabham, champion in 1959 and 1960, soon proved the new design’s superiority. By 1961, all competitors had switched to mid-engined cars.

The first British World Champion was Mike Hawthorn, who drove a Ferrari to the title in 1958. However, when Colin Chapman entered F1 as a chassis designer and later founder of Team Lotus, British racing green came to dominate the field for the next decade. Between Jim Clark, Jackie Stewart, John Surtees, Jack Brabham, Graham Hill, and Denny Hulme, British teams and Commonwealth drivers won twelve world championships between 1962 and 1973.
In 1962, Lotus introduced a car with an aluminium sheet monocoque chassis instead of the traditional spaceframe design. This proved to be the greatest technological breakthrough since the introduction of mid-engined cars. In 1968, Lotus painted Imperial Tobacco livery on their cars, thus introducing sponsorship to the sport.

Aerodynamic downforce slowly gained importance in car design from the appearance of aerofoils in the late 1960s. In the late 1970s Lotus introduced ground effect aerodynamics that provided enormous downforce and greatly increased cornering speeds (though the concept had previously been used on Jim Hall’s Chaparral 2J in 1970). So great were the aerodynamic forces pressing the cars to the track, some cars did without springs in their suspension and substituted solid blocks of aluminium to minimize the change in ride height due to the drastic change in downforce from low speed to high speed, depending entirely on the tyres for any small amount of cushioning of the car and driver from any irregularities in the road surface.

The formation of the Fédération Internationale du Sport Automobile (FISA) in 1979 set off the FISA-FOCA war, during which FISA and its president Jean Marie Balestre clashed repeatedly with the Formula One Constructors Association over television profits and technical regulations.

1981 saw the signing of the first Concorde Agreement, a contract which bound the teams to compete until its expiration and assured them a share of the profits from the sale of television rights, bringing an end to the FISA-FOCA War and contributing to Bernie Ecclestone’s eventual complete financial control of the sport, after much negotiation.

The FIA imposed a ban on ground effect aerodynamics in 1983. By then, however, turbocharged engines, which Renault had pioneered in 1977, were producing over 700 bhp (520 kW) and were essential to be competitive. In later years, notably 1986, the Formula One turbo cars produced in excess of 1,100 bhp (820 kW) in racing trim (and as much as 1,400 bhp / 1050 kW in qualifying trim). These cars were the most powerful open-wheel circuit racing cars ever. To reduce engine power output and thus speeds, the FIA limited fuel tank capacity in 1984 and boost pressures in 1988 before banning turbocharged engines completely in 1989.

In the early 1990s, teams started introducing electronic driver aids such as active suspension, semi-automatic gearboxes and traction control. Some were borrowed from contemporary road cars.[citation needed] Some, like active suspension, were primarily developed for the track and later made their way to the showroom. The FIA, due to complaints that technology was determining the outcome of races more than driver skill, banned many such aids for 1994. However, many observers felt that the ban on driver aids was a ban in name only as the FIA did not have the technology or the methods to eliminate these features from competition.

On the track, the McLaren and Williams teams dominated the 1980s and 1990s. Powered by Porsche, Honda, and Mercedes-Benz, McLaren won 16 championships (seven constructors’, nine drivers’) in that period, while Williams used engines from Ford, Honda, and Renault to also win 16 titles (nine constructors’, seven drivers’). The rivalry between racing legends Ayrton Senna and Alain Prost became F1’s central focus in 1988, and continued until Prost retired at the end of 1993. Tragically, Senna died at the 1994 San Marino Grand Prix after crashing into a wall on the exit of the notorious curve Tamburello, having taken over Prost’s lead drive at Williams that year. The FIA worked to improve the sport’s safety standards since that weekend, during which Roland Ratzenberger also lost his life in an accident during Saturday qualifying. No driver has died on the track at the wheel of a Formula One car since, though two track marshals have lost their lives, one at the 2000 Italian Grand Prix, and the other at the 2001 Australian Grand Prix.

Since the deaths of Senna & Ratzenberger, the FIA has used safety as a reason to impose rule changes which otherwise, under the Concorde Agreement, would have had to be agreed upon by all the teams – most notably the changes introduced for 1998. This so called ‘narrow track’ era resulted in cars with smaller rear tyres, a narrower track overall and the introduction of ‘grooved’ tyres to reduce mechanical grip. There would be four grooves, on the front and rear, that ran through the entire circumference of the tyre. The objective was to reduce cornering speeds and to produce racing similar to rain conditions by enforcing a smaller contact patch between tyre and track. This was to promote driver skill and provide a better spectacle.

Results have been mixed as the lack of mechanical grip has resulted in the more ingenious designers clawing back the deficit with aerodynamic grip – pushing more force onto the tyres through wings, aerodynamic devices etc – which in turn has resulted in less overtaking as these devices tend to make the wake behind the car ‘dirty’ preventing other cars from following closely, due to their dependence on ‘clean’ air to make the car stick to the track. The grooved tyres also had the unfortunate side effect of initially being of a harder compound, to be able to hold the groove tread blocks, which resulted in spectacular accidents in times of aerodynamic grip failure e.g. rear wing failures, as the harder compound could not grip the track as well.

The more innovative teams have found ways to maximise this dramatic change. McLaren, in a car designed by Adrian Newey, used a ‘fiddle’ brake on their 1998 car which allowed the driver to apply the brake to one or the other of the rear two wheels to provide them with a better ‘toe’ into a corner. This was eventually banned as a driver aid.

Drivers from McLaren, Williams, Renault (formerly Benetton) and Ferrari, dubbed the “Big Four”, have won every World Championship from 1984 to the present day. Due to the technological advances of the 1990s, the cost of competing in Formula One rose dramatically. This increased financial burden, combined with four teams’ dominance (largely funded by big car manufacturers such as Mercedes-Benz (DaimlerChrysler)), caused the poorer independent teams to struggle not only to remain competitive, but to stay in business. Financial troubles forced several teams to withdraw. Since 1990, 28 teams have pulled out of Formula One. This has prompted former Jordan owner Eddie Jordan to say that the days of competitive privateers are