A product, whether a gadget or software, might have flaws in it. A product is never 100% perfect. Every other consumer will find some flaw, either in its design, the way it works or some bug in the software.

There is little you can do about design flaws in a gadget because it’s a closed proprietary product with you having limited access to the inner components or no means of modifying and solving the flaw. The same can be said in the case of a closed source proprietary software.

Developers try their best to rectify or contain bugs in software. As any developer will verify, once a product is released, it’s natural that some bugs might have been left untended or some new ones are discovered later during its usage. This is true for proprietary as well as open source software.

Then why should one go in for Linux and Open Source Software solution?

Imagine there are two cars available. One has an open design, comes with a detailed and complete repair manual and diagrams, aptly named the Open Car. The other has everything hidden under the hood with no repair manual, the Closed Car.

Over the years, the Open Car becomes popular as more people buy it because it is easy to repair. There is a vast community building up that helps others using this car. Every repair shop is able to easily repair the car as third party components are available. You can even go in stores and buy spares for this car. You can modify it in anyway you want. Add and remove features according to your preference and liking.

On the other hand, the Closed Car has limited repair facilities. Repair is expensive as spares are available only from the company. The car company has to put in a lot of their own resources to support it. You cannot modify it as you would be violating the company’s end user agreement.

Thus the Open Car is able to reduce its price tag and yet increase the market share but the Closed Car gets costlier to own and maintain.

Which car would you prefer to buy?

Whats more, you don’t have to pay for renewal of licenses for the next version of an open source software as it’s free to use in the first place. Whereas for a proprietary software, you will have to shell out money to use the next version.

The only hampering point for Linux and open source software is when hardware and device manufacturers fail to release the details of their products for the benefit of open source development of drivers and compatibility.

Linux and Open Source Software gives you the real freedom to do things the way you want to. If this open model can be applied to things around us, the world would become a better place to live and care for. 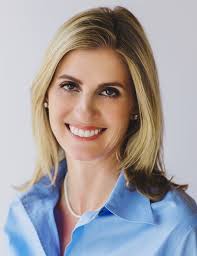